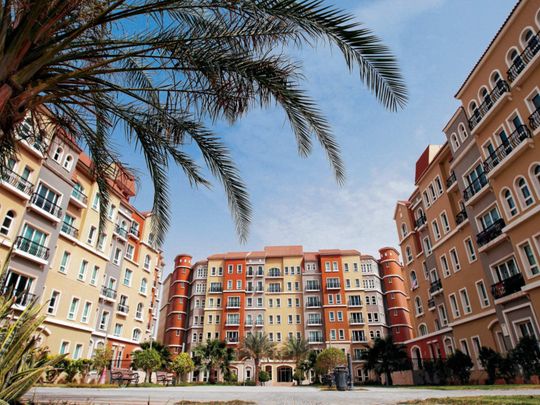 In Discovery Gardens, a studio apartment is available for Dh30,000. Some studio units with a balcony and extra storage spaces are going for Dh34,000.

A quick check of rents in these areas revealed some really affordable prices. For example, a studio apartment in Al Ras, Deira, is going for just Dh17,000 for a 13-month stay.

Muheeb Shaikh, real estate broker with Houseit also said that International City continues to remain affordable. “Another area that is fast catching the attention of those looking for cheap accommodation options in Dubai is Mirdiff. A two-bedroom apartment in Ghoroob, a non-freehold area, is leasing from Dh58,000 to a little over Dh63,000 per annum. The units are large for standard two-bedroom units in Dubai. Some two-bedroom units here come for a size of 1,723 square feet. The smaller two-bedroom units are asking for Dh48,000 per annum.

Atif Hassan, 38, just moved in to a smaller-sized unit here in the community and he is paying a rent of Dh50,000. “I got the lease for 13 months with 12 cheques. It is an amazing deal for me personally.”

Shaikh said the Ghoroob community in Mirdiff has several buildings in the community with many units still available. He said another hot area in Dubai is Jaddaf where a number of new buildings have come up. “Two-bedroom apartments here are asking for a rent of around Dh60,000 per annum. In neighbouring areas such as Karama and Mankhool, rental prices are around Dh70,000 per annum and around Dh83,000 per annum respectively.”

According to Javed Akhtar, another realty professional in Dubai, rents for three-bedroom townhouses hover between Dh80,000 and Dh85,000 near Academic City. These villas are being taken up fast for their affordable leasing prices.

Damac Hills 2, Akoya, is another affordable housing property on Al Qudra Road. British expatriate Martin Thomas, who was staying in a three-bedroom unit and paying Dh70,000 per annum in Town Square, recently upgraded to a four-bedroom fully-furnished villa in the community for Dh75,000 per annum.