Dubai property prices: where they are rising and falling – April 2022

Home/Uncategorized/Dubai property prices: where they are rising and falling – April 2022 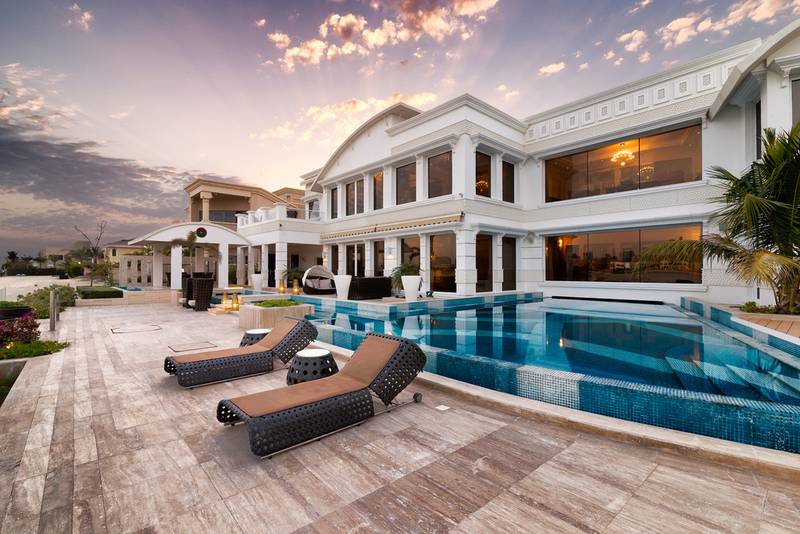 Average prices for villa sales in Dubai continued to rise in April amid a record number of transactions, although average apartment prices fell slightly.

New data from consultancy CBRE showed average villa prices had risen 20.4 per cent in the past year and 1.9 per cent month on month in April.

While apartment prices were up 9.6 per cent year on year, they dipped 0.1 per cent in April.

The total volume of transactions in Dubai’s residential property market rose 43 per cent annually to 6,342 in April, according to CBRE.

Listings website Property Finder said sales transactions worth Dh18.2 billion ($4.9bn) were recorded in April, the highest for the month since 2009.

“All eyes were on the real estate performance post Expo 2020, and with April 2022 performing the highest since 2009, the data is a strong testament to the growing appeal for the Dubai real estate market,” said Scott Bond, UAE country manager at Property Finder.

Click through the slideshow above to see where villa prices have risen and fallen.

Where were the highest price increases in Dubai?

Some of the biggest rises were seen at the top end of the market. Dubai’s prime property sector has boomed in the past year, with prices rising almost 60 per cent in the past 12 months.

In the apartment segment, the biggest rises were recorded on Palm Jumeirah and at Old Town, with both rising by 4 per cent.

The UAE property market has been rebounding on the back of government initiatives, such as residency permits for retirees and remote workers, as well as the expansion of the 10-year golden visa programme and the economic boost from Expo 2020 Dubai.

The market has also benefitted from the country’s widespread coronavirus vaccination programme, which has kept cases relatively low.

He added that in the year to April 2022, while the rate of price growth has tapered slightly (+11 per cent), rents are increasing at their fastest rate (+16.2 per cent) since October 2014.

However, compared to the highs witnessed in late 2014, Dubai residential prices per square foot are 26.3 per cent and 10.6 per cent below the peak, for apartments and villas respectively, CBRE said in its May Market Snapshot.

What is driving demand for prime residential?

Barely a month has gone by so far this year without a new record of some sort being broken in the Dubai property market.

We’ve had the most transactions, the highest price per square foot (set at the Bulgari Resort and Residences), and the sale of the most expensive property in Dubai.

A Dh102.8 million villa was recently sold in Emirates Hills, marking the highest sale in the community so far this year.

Property consultancy Core said in its first-quarter market report that while the prime and ultra-prime residential market segments have been relatively resilient compared to the affordable and mid-market during 2014 to 2020, it has observed a marked increase in demand for prime residential properties since the fourth quarter of 2020.

“The demand for the luxury market is stemming from both end-users and overseas investors looking to relocate or buy a secondary home in Dubai,” it said.

“While prime residential prices are well near 2014 prices, many buyers are largely agnostic to historical pricing and find Dubai prime waterfront property to be competitively priced compared to most global cities.

“With very high transaction volumes compared to previous years and most ready stock in this segment taken up by HNIs, the lack of inventory in the secondary market has pushed more interest towards the prime off-plan market.”