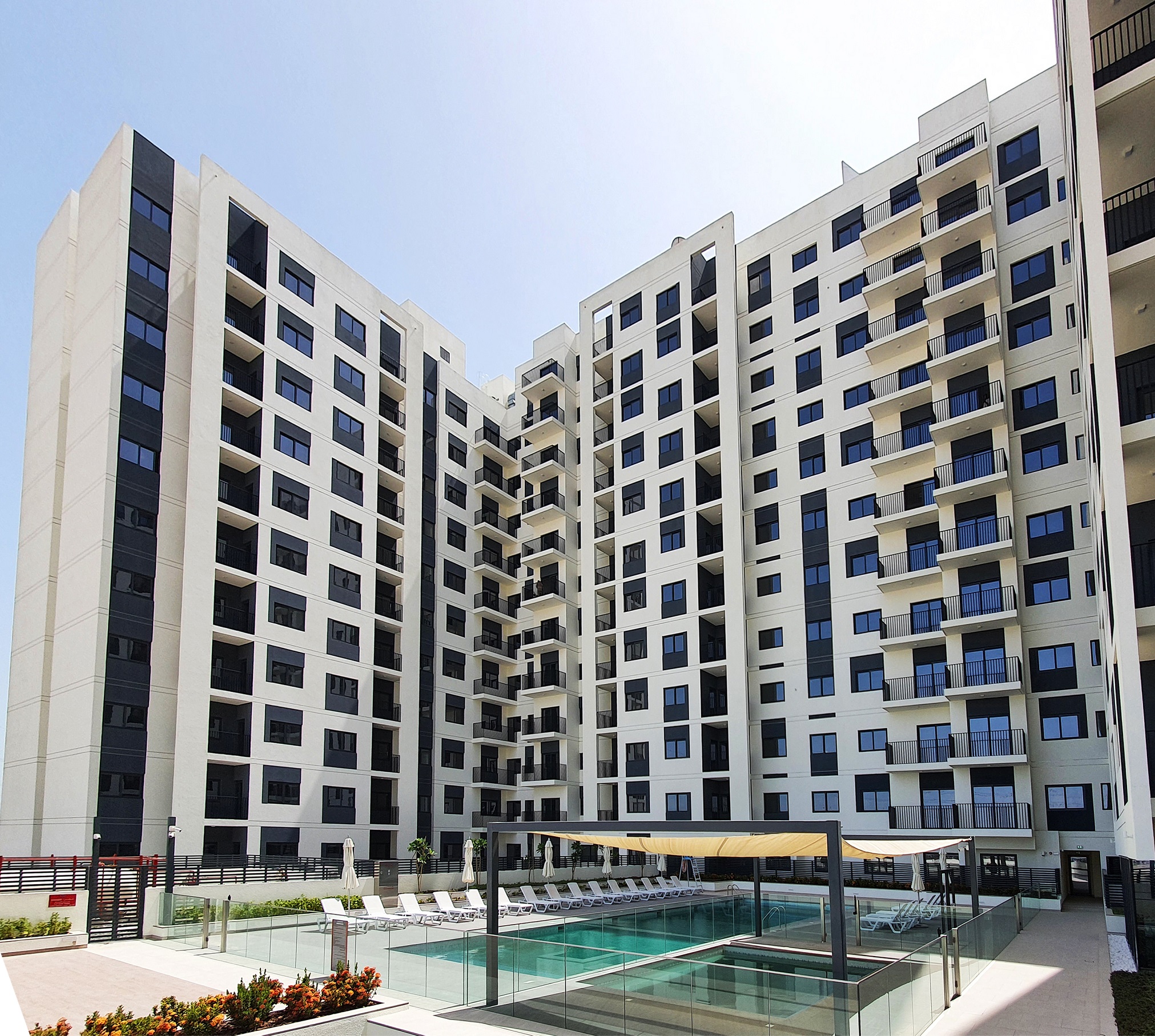 wasl properties, one of the largest real estate development companies in Dubai, has announced the launch of The Nook 1 building, which is part of the wasl gate master development in Jebel Ali.
The Nook 1, which consists of one-, two-, and three-bedroom apartments, features modern amenities, including a pool, a state-of-the-art gym, a kids’ play area, and surrounding lush landscaping to ensure a comfortable lifestyle for tenants, said wasl in a statement.
The project is part of the wasl gate master development, which hosts the Festival Plaza Mall, IKEA, and ACE, and is in proximity to the Energy Metro Station as well as to other key entertainment and business attractions in the area.
The new building comprises 299 ready-to-move-in apartments and was launched following the near sell-out of the first building, which revealed the emergence of millennial buyers in the Dubai real estate market, with 50% of buyers being Emirati youth, it stated.
To highlight the project’s USPs, wasl properties organised a brokers’ event and hosted an open house for interested buyers to get a closer look at what The Nook has to offer, granting them the opportunity to move in right after they pay 20%, to be followed by a three-year payment plan post-handover.
“The Nook is a highly sought-after project due to its unique selling points and well-studied prices which has attracted both end users and investors,” said a company spokesman.
“The previous building generated massive interest from young buyers, which granted the company access to market insights that helped in targeting cross-segments of buyers for this new launch,” he stated.
Once completed, the 1.13 million sq-m wasl gate development will feature 7,000 residential units; hospitality, community, leisure, and entertainment amenities; and restaurants and cafes.
The development will also be in proximity to free zones; Jafza, DMCC and Dubai Internet City business clusters; and DWC and Dubai Parks & Resorts. wasl gate will also host a central park, a dog park, water features, and kids’ play areas, making it one of the most sought-after places to live, work and visit.-TradeArabia News Service