The UAE housing market is likely to be one of the big winners in the next 20 years, thanks to China and its continuing economic growth, a leading economist has said.

Speaking on the opening day of Cityscape, Ian Goldin, professor of globalisation and development at the University of Oxford and a former World Bank Vice President, said Dubai would be perfectly placed to thrive in a post-pandemic world.

“The UAE is ideally placed to be a bridge and a centre for economic activity, and it is shifting from manufacturing towards services, in digital, financial and people,” he said.

“Dubai and the UAE can seize this opportunity, with the real estate sector benefiting, and we are already seeing a rebound to pre-pandemic levels, and this will be sustained.”

Despite his optimistic rally, Prof Goldin also warned against the triple threat of the pandemic, climate change and geopolitical turmoil in his speech at the international property conference in Dubai.

The UAE has formed strong links in trade, commerce and culture with China, and the Emirates accounted for 28 per cent of the non-oil trade between China and Arab countries.

Trade deals have topped more than $50 billion, with more than 6,000 Chinese companies now operating in the UAE.

Prof Goldin, an economic advisor to Nelson Mandela from 1996 to 2001, said the next few decades would not be easy.

“Dark clouds remain on the horizon as there is still uncertainty,” he said.

“By 2040 we will be in a very different world, much cleaner with less pollution, and we will be more resilient. It is how we get there that is uncertain.

“The pandemic is the first uncertainty, the second is climate change and the third is global geopolitical tensions.

“Addressing these uncertainties will become the backdrop to the UAE’s development over the next 30 years.”

The Expo 2020 Dubai site is destined to become one of two new residential and commercial zones under Dubai’s Vision 2040 to shape future investment.

Under the plans Dubai Silicon Oasis will be expanded, and become a hub for science and technology.

Deira and Bur Dubai will retain their status of heritage and tradition, while Downtown Dubai and Business Bay act as the emirate’s financial hub.

Dubai Marina and JBR will be centres for tourism and entertainment under the Dubai 2040 Urban Master Plan.

Development plans include a 400 per cent increase is space designated for public beaches and a 134 per cent rise in space for hospitality and tourism. Sixty per cent of the emirate will be converted to nature reserves.

It is hoped an expansion of bus, boat, metro and tram routes will enable 55 per cent of the city’s population to Iive within 800 metres of public transport.

All to accommodate the emirate with an expected population of 5.8 million by 2040.

Nasser Abu Shehab, chief executive of strategy and corporate governance at Dubai Roads and Transport Authority, said the urban plan was people-centric and focused on improving quality of life.

“It will offer multiple lifestyle options for visitors and residents, as well as tackling [ways] to develop the city,” he said at Cityscape.

“The plan includes developing vibrant, healthy communities with a range of amenities.

“Citizens are at the top of the leadership priority and the plan includes diverse options for residential units customised to a family’s growth over time.

“The plan has set high standards and has great potential for new development to make Dubai the best city to live in.” 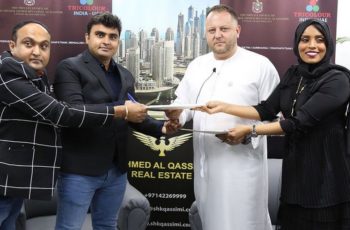