UAE’s stock market boom is made of real value, not meme

Home/Uncategorized/UAE’s stock market boom is made of real value, not meme 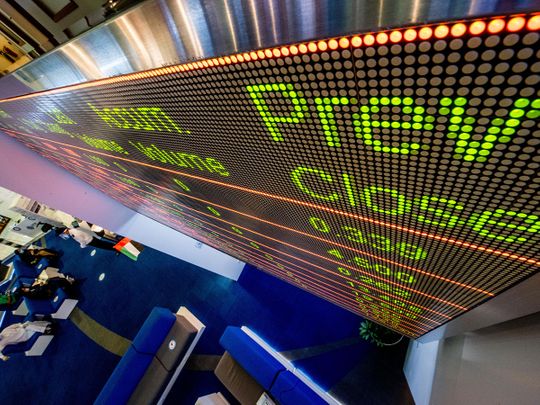 The literature on IPOs emphasizes the importance of growth opportunities in explaining capital raising behavior.

Companies usually expand productive capacity to meet expected demand for their products. In other words, if sustainable growth rates are to be seen (and achieved), there are a higher number of companies that will make higher profit rates. However, in an era of low and subsequently zero interest rates, companies that had never made a dime became synonymous with IPOs.

In fact, with the rise of ‘meme stocks’ and other well known fads, the greater the losses, the greater were the perceived profits that investors could make. Significantly, as the pipeline of IPOs in Western markets dried up, the Middle East has jumped into the fray with a return to first principles approach, where investors are looking at fundamentals of companies that not only generate profits, but are also paying out dividends.

From healthcare to infrastructure, to technology and now education, the deepening of UAE capital markets is triggering inflows from passive as well as active fund managers as these markets become both too big and too profitable to ignore anymore. It is pertinent to note that volumes traded in Dubai real estate this year has for the most part exceeded values traded on the financial markets, indicating that the upside potential of liquidity and market depth (as is the norm in Western financial markets).

Everyone is joining in IPO rush

It is clear as a bell that there is a frenzy underway in the capital markets, as bankers to hedge funds make a beehive to the UAE. Wall Street bankers are generally considered to be higher up on the capitalist food chains, and their actions are further bolstering confidence as the domestic median investor looks to participate in the growth potential of these companies. And more importantly, for the UAE as a whole.

A track record to show

Frenzy, however, is a dangerous word and investors who have been burnt in other investment frenzies such as crypto have expressed skepticism. To equivocate the two would be not to understand the principles of investing. Companies that have been on the offer in the UAE have not only a strong track record of profitability (which is how the IPO market used to function before the ‘bubble mania’ took over. But also offer the ‘moat’ of protection in terms of their core competence that is not easily replaceable.

Investors would do well to peer into history to have some sense of the difference and the choice being made available by the increase in the supply of companies. Not only do investors have the ability to gauge differential growth prospects, they can choose to diversify their holdings by way of mutual funds and/or ETFs increasingly on offer. The one thing they should not do is to ignore the swathe of opportunities, not from a speculative, but from a long term wealth generation perspective.

Taaleem’s space hits closer to home for the median investor. With a value proposition that is attractive relative to globally listed education providers, there is not only room for upside potential in a fundamentally growth accretive business, it also serves as a hedge towards inflation. When you sit back and look at it, investors long focused on meme stocks were operating on a single underlying assumption that underpinned their decision making.

That these were companies existing in a state of pure possibility, and the markets were being asked to imagine the most breathtaking possibilities for it. In most cases, these journeys end in tears. In contrast, what the IPOs in the UAE have shown is a worldview of tangible growth and progress with cash flow generation.

Whilst the former may make for exciting headlines, the latter is where the steady wealth generation is made.

Dubai records over $653mln in realty transactions on Monday