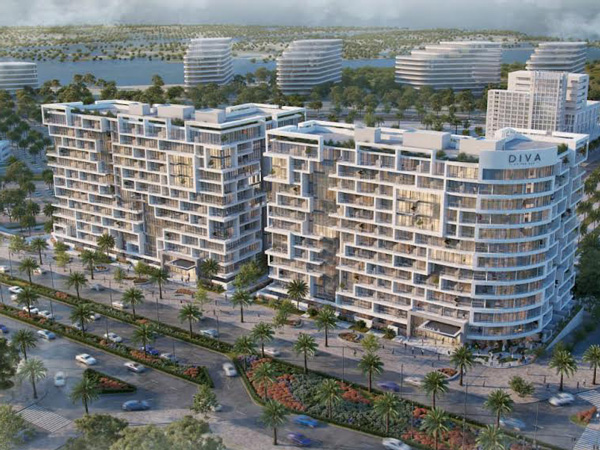 Reportage Properties, a leading UAE real estate developer, said its sales shot up nearly 100% to AED1.6 billion in 2021, compared to AED812 million in 2020.
Reportage Properties is currently developing 12 projects in the UAE, providing about 6,000 housing units within the most important investment sites in Abu Dhabi and Dubai, in addition to a project that has been completed and delivered in Masdar City in Abu Dhabi.
Islam Ahmed Suleiman, CEO, said that the company’s performance during 2021 was distinguished, as is reflected in the doubling of the company’s sales, which confirm their ability to keep pace with market changes, and its flexibility in adapting to challenges, while continuing to launch new projects that meet the requirements of clients.
“The increase in sales confirms the improvement of activity in the real estate market in the UAE, and its ability to overcome challenges, especially with the continued launch of many initiatives stimulating economic activity in various sectors, particularly the real estate sector, and the launch of “50 projects” initiative, in addition to the great event of Dubai Expo 2020,”he said.
Suleiman explained that Reportage Properties continued to launch new projects in Abu Dhabi and Dubai during the past year, as well as making many attractive offers.
He added that during the year 2021, Reportage Properties started developing its “Diva” project on Yas Island, which will provide 736 new housing units, as well as the “Al Maryah Vista 2” , which will provide 588 new housing units on Al Maryah Island in Abu Dhabi.
The company announced, during the past year as well, the addition of new units in the “Rukan Lofts” project, which the company is developing in the “Dubailand” area in cooperation with the “Continental Investment Company”.
The addition came after the company finished selling all the units of the project, which is scheduled to be handed over this year.
The “Rukan Lofts” project includes about 654 residential villas, while the “Rukan” tower provides about 488 housing units, comprising studios, one-bedroom, two- and three-bedroom apartments.
On the other hand, Sulieman said that the year 2021 witnessed the launch of the first Reportage  Properties projects outside the UAE, the “Monte napoleone” project in “Mostaqbal City” in New Cairo, Egypt, which will be developed in cooperation with Al Ahly Sabbour Company in Egypt.
The project will be built on an area of 465,000 square metres and will include 5,500 housing units. It also provides an innovative fully-finished townhouse, in addition to apartments of distinct areas, starting from one to four rooms, with the highest standards of luxurious finishing.
Suleiman indicated that Reportage’s continued implementation of all its projects according to the specified time plans, enhances investors’ confidence in the company’s projects, which is reflected in the continuous increase in sales.
The list of Reportage Properties projects in Abu Dhabi includes “Al Raha Lofts 1”, which provides 164 housing units, and “Al Raha Lofts 2”, which adds 110 housing units, within the Al Raha Beach area.
In Masdar City in Abu Dhabi, the “Oasis Residence 1” project is under development and provides 612 apartments, and “Oasis Residence 2” includes about 304 housing units, as well as the “The Gate” project, which adds 463 apartments. There is also “Leonardo Residence”, which was delivered about two years ago, and included 177 apartments in Masdar City.
On Al Maryah Island, Reportage is developing the Al Maryah Vista project, which provides 786 housing units, next to Al Maryah Vista 2, which will include 588 new housing units, as well as the Diva project on Yas Island, which will provide 736 housing units.
In Dubai, the “Alexis Tower” is being developed on Sheikh Zayed Road in the Downtown Jebel Ali area of Dubai, and provides 378 luxury housing units. The “Rukan” tower, in the “Dubailand” area, which is being developed in cooperation with the “Continental Investment Company”,  provides about 488 housing units, and “Rukan Lofts 1” includes about 349 residential villas, while “Rukan Lofts 2” provides about 755 villas.
In Egypt, “Reportage Properties” recently launched the “Montenapoleone” project, which will be built on an area of 465,000 sq m, and will include 5,500 housing units.

A guide to buying properties during festive time