Areas closer to the Expo 2020 site have picked up the race as well.

As the Dubai real estate market staged a strong recovery this year, its prime areas remained in demand throughout the year because of their strategic locations, modern infrastructure and affordable rates, according to Zoom Property Insights.

The latest data compiled by the property portal showed that Dubai Marina, Business Bay and Jumeirah Village Circle are among the best areas to buy a residential unit in Dubai while Palm Jumeirah, Downtown Dubai and Arabian Ranches are equally popular in the luxury category.

Speaking about key performing areas in the Dubai property market, Ata Shobeiry, CEO at Zoom Property, said that property buyers with limited budgets are mostly preferring suburban districts with affordable housing. However, areas closer to the Expo 2020 site have picked up the race as well.

The Dubai property market witnessed substantial growth in 2021 after a brief setback in 2020 due to the global pandemic. The V-shaped recovery is evident as the demand and prices of properties in various areas are on the rise.

On the whole, the residential property prices witnessed a jump of 21 per cent during the first 10 months of the year, according to Zoom Property Insights.

The ideal location and the availability of modern amenities make Dubai Marina a preferred choice of many to buy property in Dubai. The waterfront community continues to attract high interest from buyers and investors, according to Zoom Property Insights.

Early estimates show that the fourth quarter is going to follow suit and the area is going to sustain its upward trend in the market, according to Zoom Property Insights.

Business Bay, a mixed-use community, offering high-end apartments was the second most popular area in Dubai as two of the most expensive apartments in Dubai were sold in Business Bay during the third quarter. Valuing Dh40 million and Dh37 million respectively, these apartments are part of Volante and Dorchester Collection Dubai projects.

Maintaining their position in the top 10 club, Jumeirah Lake Towers (JLT), Jumeirah Park, and Jumeirah Islands also remained popular throughout the year among investors and end-users. These communities collectively recorded sales figures of Dh1,114 million, Dh1,290 million and Dh1,259 million, respectively, during the first three quarters of the year.

“The fourth quarter is also expected to end on a high note as there is increased activity in the property market,” according to Zoom Property Insights.

Jumeirah Village Circle is another popular community that remained buyer’s favourite in 2021. It lies close to Dubai Marina, JLT and Internet City and features mid-range to affordable properties.

The biggest man-made archipelago, Palm Jumeirah, has also retained its position among the leading areas to buy property in Dubai. It is known for ultra-luxury residential properties. The most expensive apartment valuing Dh72 million and villa valuing Dh77 million were sold in this community during the third quarter of 2021.

Arabian Ranches is another area that enjoys wide recognition for luxury villas and townhouses. It remained one of the primary choices for buyers and investors during 2021. The area is also set to launch new clusters of villas at the end of the first quarter of 2022, ensuring a significant increase in sales value.

The proximity to major landmarks, availability of modern amenities, and the potential to produce a high ROI are some of the major reasons why these areas remain popular with property buyers.

According to Zoom Property Insights, these key areas are also expected to drive the property market in 2022 as well. 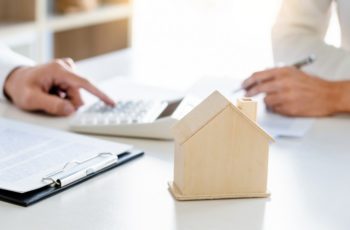