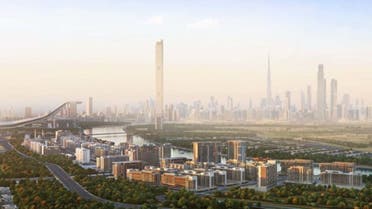 A plethora of new developments are expected to launch and be developed in Dubai this year as realtors say the position of the UAE as a safe destination to live, work, and invest in is attracting more overseas investors than ever before.

New properties in locations including Dubai Water Canal, Dubailand, Tilal al-Ghaf and Mohammed Bin Rashid City, are all expected to flood the market this year as developers continue to build more prime real estate to cope with surging demand.

‘Demand has never been higher’

“Prior to COVID-19 I would often hear people saying, ‘Why are they building all these villas?’ but it is fabulous they did,” he said. “With economic factors, Golden Visas and the great way the UAE government has handled the pandemic, demand has never been higher for villas and yes they are now pretty full.”

According to Tregoning, there are lots of options in terms of properties that are due to be completed soon.

“Emaar has many projects due in Q3 and Q4 this year including villas and townhouses at Joy and Sun in Arabian Ranches 3 and multiple apartment choices at Mina Rashid and Dubai Creek harbor. Dubai Hills and Downtown Dubai appear to be their premier areas at present and villas at Golf Place 2 in the Dubai Hills and apartments in Burj Royale are all due for handover in the rest of this year,” he said.

“In Mohammed Bin Rashid City, Azizi [is] expected to release a huge variation of apartments mainly by the end of the year,” he said. “They have been a long time in the making but are starting to look excellent now and are situated near the Meydan racecourse and the al-Ain Road.”

He continued, “Villas being built in the much-anticipated Tilal al-Ghaf development, Majid al-Futtaim’s flagship mixed-use community in Dubai, are really coming on and we can expect to see the first of these being handed over by the end of the year.”

“As you can see there are quite a few due and on all the indications we get on the ground they will be highly appreciated. It will help balance the rising rents and provide great new properties as Dubai continues to flourish and expand,” he said.

Earlier this year, Dubai Statistics Center’s population counter, which records growth using residency visa data, showed the city’s population hit 3.5 million in April 2022, a figure which is expected to nearly double in the next 20 years.

Abdullah Alajaji, founder of the UAE-based property brokerage Driven Properties, said this is driving the need for hundreds of thousands of new homes.

“Dubai will, of course, stop building [at some point] because there is only a finite amount of land,” he said. “But there are plenty of areas in Dubai ripe for expansion or new developments.”

“Now the good thing about what’s happened in Dubai over the last 20 years is that the prime areas of Dubai – the west of Sheikh Zayed road onto the beachfront – is almost fully built. There is only so much that any developer can do and there’s very, very limited land to develop.”

However, developers are also expanding east of Sheikh Zayed road, with Dubailand, the Expo 2020 site, and Dubai Hills as some of the recent examples of expansion away from the beachfront.

“This is where the expansion of Dubai is happening…we do expect, of course, Dubai to continue building. We are seeing more new developments and new roads and infrastructure linking these new communities every month, which is great to see.”

Areas such as Jebel Ali, which is being redeveloped, Dubai Water Canal – soon to be home to the Four Season Residences – and City Walk developments are all “areas to watch,” said Alajaji, as well as upcoming major projects such as Damac Lagoons, a water-inspired community in Dubailand which is due to begin construction.

“There’s never enough [property] and Dubai, there’s always pent-up demand because a lot more people relocate here than developments are coming to market. Dubai has seen for the longest time one of the highest growing populations in the world so there will always be demand in Dubai,” he said.

“The lead up to COP28 in 2023 will inspire real estate developers as well as investors to focus more heavily on environmentally-friendly projects or alternative waste and energy management systems, especially in response to the Dubai 2040 Urban Master Plan,” he told Al Arabiya English.

“[Property] demand is expected to stay strong, and the market is likely to stabilize further based on the current trends. In many of our residential communities, villas are fully occupied or nearly at full capacity as people continue to prioritize comfort and space. Apartment rentals are not far behind, as the Remote Work Visa and other government initiatives continue to draw people in to set up shop in Dubai for parts of the year.”

Al-Suwaidi also said “Dubai is home to a globally competitive real estate market with attractive opportunities for buyers and renters alike. We offer a variety of offerings, flexibility, and attractions which, when paired with our world-class economy and favorable policies and regulations, deliver a stable real estate market that will no doubt continue attracting investors all year long.”

Dubai Is The 5th Best City In The World