The choices were plenty, but when Indian expatriate Irfan Izhar decided to buy his dream house in Dubai, he zeroed in on Jumeirah Islands without a second thought. “Conventional wisdom says one should weigh one’s options before investing in property. In this case, however, conventional didn’t apply. I was purchasing a house in the city’s best villa community, so it was more of a natural corollary,” said Izhar, who runs a successful packaging business in the UAE and has been living in Jumeirah Islands for more than two years.

Set amid a stunning landscape ornamented by man-made lakes and islands, Izhar’s abode embodies luxurious living at its best. And it’s a great investment too.

As the emirate’s realty market rides on a wave of positive sentiment driven by Expo 2020 Dubai, villa prices in Jumeirah Islands have notched a 30.9 per cent increase over last year — marginally less than Arabian Islands (31 per cent) which recorded the highest annual gains among gated villa communities.

All homes have their own private swimming pool and sit in an artificial lake which boasts of the highest land to water ratio (23:77) in the world.

“The master community features parks, lakes, leisure facilities and lush green landscapes, and offers an excellent location, with easy access to Dubai’s major roads, landmarks and attractions. Jumeirah Islands also has its own retail Pavilion and is home to the recently-renovated Jumeirah Islands Club featuring a range of dining, leisure and sports attractions,” said a Nakheel spokesperson who describes Jumeirah Islands as one of Dubai’s most prestigious and sought-after communities. The claim is not unfounded.

Succumbing to the many charms of the extravagant neighbourhood, a large number of wealthy families have moved to Jumeirah Islands in recent years

Sara Waqar, a Pakistani national who lives in Cluster 39 with her husband and two children, said their tranquil neighbourhood makes them forget Dubai’s fast-paced life. “Luxury real estate developers continue to push the envelope in Dubai with dazzling architecture and wow-factor amenities, but there are very few communities which could hold a candle to Jumeirah Islands,” said Waqar who relocated here from Jumeirah Beach Residence (JBR) last year.

For those who have not seen the community, it’s indeed hard to believe that there is a picturesque archipelago with artificial saltwater lakes, walkway bridges and quiet streets devoid of any traffic, just off Sheikh Zayed Road between interchanges 5 and 6.

A long-time Indian resident said the stunning scenery of the affluent urban suburb along with the absence of commercial activity give it a serene feel.

However, it’s not all quiet and leafy here.

Jumeirah Islands has a close-knit community and the place hosts family-friendly events all year round. Jumeirah Islands Clubhouse and The Pavilion both offer a plethora of dining options and recreational facilities.

However, living in Jumeirah Islands is not cheap, so fingers crossed for that lottery prize! 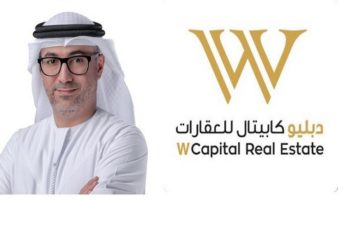