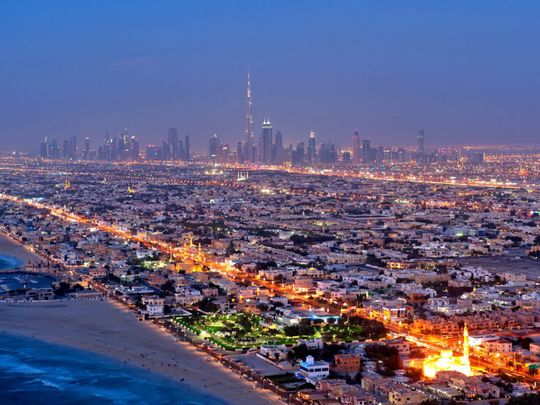 Dubai: There are more signs emerging that rental increases in Dubai are starting to lift rates even in areas that had been relatively stable through the better part of the last 22 months. During September, areas within the Deira district – which offers a wide range of rental options – saw rates rise by 4.4 per cent, and which meant a typical bigger two-bedroom apartment could fetch the landlord between Dh60,000-Dh70,000.

In fact, according to data from the property consultancy CBRE, Deira recorded the second highest rental increase during September, just behind Arjan, another popular area for mid- to upper-mid-income families, where the increases came to 4.7 per cent. (The average rental in Arjan, according to CBRE, was around Dh45,000.)

Across Dubai, September’s gains were at 2.5 per cent, clearly indicating that so far there are no signs of rent gains slowing down. The city’s most upscale locations – Palm Jumeirah, Jumeirah and Downtown Dubai – recorded increases of 3.8 per cent, 4.1 per cent and 3.5 per cent during the month. Dubai Marina, the other traditional upscale hotspot, was up 2.6 per cent.

In the 12 months to end September, rent gains have reached 26 per cent plus in the emirate.

The increases recorded in Deira and Arjan should not come as a surprise, say estate agents. Deira and its immediate areas have seen more new buildings – such as those forming Deira Enrichment Project – getting occupied, and these have drawn tenants willing to pay higher rentals. This has since rubbed off on older buildings, where landlords have managed to bring in renovations or quality upgrades. “Deira still offers residents more affordable rental options, and a lot of newcomers to Dubai are setting up homes there,” the agent added.

More homes delivered in Arjan – and at quite affordable lease rates – has made it among the more popular places to shift to. It is also an area where many owners with newly delivered homes in the location are testing rental demand, which means there is a broad range of price options available. In the next 10-12 months, market sources say, Arjan could well see rates up in double-digit terms.

Interestingly, rents in Bur Dubai, another of Dubai’s favoured legacy areas, saw rent increases of only 1.3 per cent during September, with CBRE placing the average at Dh63,800 for a fairly larger apartment. Bur Dubai will in the near-term go through major makeovers as part of Dubai’s Urban Master Plan 2040, but for now, new buildings coming to market are relatively on the lower side.

Dubai Silicon Oasis remains one of the choice spots for young families or individuals seeking studios or one-bedroom options. Last month, the cluster saw a 2.2 per cent increase for an average Dh48,518, says CBRE. As with Arjan, the market feedback is that Silicon Oasis rents too could be in for sharper gains in the final weeks of 2022.