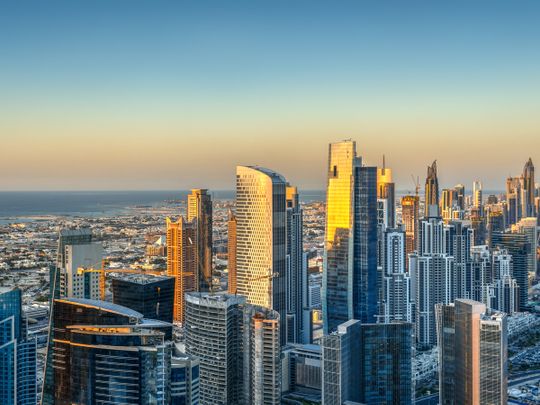 The availability of stock is one of the big question marks in Dubai’s present real estate scenario. Properties at the higher end of the market are a rarity and tend to get snatched up within weeks if not days of being listed due to the phenomenal levels of demand.

The general property market, or mid-range market, has had decent supply, but a pinch is starting to be felt there as well, especially at the top (in the range of Dh5 million to Dh7 million). Any new supply that comes in at this price range will be from newly completed projects (of which there are a mere handful at present), and not really from secondary properties coming to the market.

I believe this shortage of supply will continue to plague the market for some time as homeowners at that level have no strong incentive to sell right now. For any homeowner, there are ultimately two main reasons to sell their property. The first is a change in life circumstances that make it necessary to sell – if they are moving out of the UAE, for example, or if there is an urgent financial need.

In for longer residencies

The second reason is because the homeowner wants to upgrade their lifestyle and enter a higher price bracket. The first reason is not really as applicable to homeowners today. If we were looking at the market in mid-2020, it would be a different story – the sad reality is that quite a few people left their lives in the UAE behind as a result of global uncertainty at the time. Those who stayed have found their resilience rewarded as they are now in the middle of a booming market and quite frankly, most of them see the city as their home for the long term.

Dubai used to be seen as a temporary destination, a city where you would live for about 5 years to make some good money and then move on. Properties were good investments to have, but there was no real longevity among end-users. That has slowly been changing, and Dubai is now seen as more of a permanent residence for many, especially with initiatives such as the Golden Visa (and the recent broadening of the criteria to apply for one).

The life cycle of a property has accordingly increased – in 2014 properties were being sold roughly 6 years after purchase on average. As of 2021, that period has increased to about 8 years and will continue to go up. The chances of someone putting their property up for sale because they’re packing up and leaving are quite low, and for many recent expats that scenario is several years away.

Quite a price jump

When it comes to upgrading their home, property owners at the higher end of the general market find themselves in a tricky position. There is a significant price gap to jump over in order to enter the prime residential market, owing largely to the income gap that exists between homeowners at those levels.

The down payment to buy an entry level home in the prime segment right now would be much higher than they would have paid for their original home, making it a tough jump to make even for mortgage buyers. Additionally, when we examine the offering at the transition between the prime and general markets, they tend to be quite similar. There is a comparable level of finish, minimal difference in sizing and not a considerable upgrade in lifestyle.

A homeowner living in a three-bedroom villa in Jumeirah Golf Estates, for example, has little reason to upgrade to a four-bed and put their existing property up for sale. The difference in pricing and the relative similarity in the overall quality and design outweigh the benefits of having some additional living space.

If they were to consider moving further up the property ladder, then pricing becomes even more prohibitive. Consequently, supply shortages will continue to be a factor affecting the market and overall transactional activity, until such time as new offplan projects get completed.