Dubai’s property demand will pivot to mid-market options too 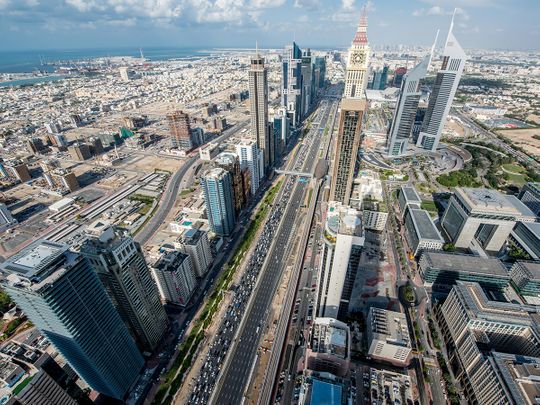 With the increasing emphasis on data has come the realization that economic relationships in the marketplace are extremely complicated.

We each have a series of economic connections we can see: the stores we buy from, the investments we make, the profit/loss that accrue from them, etc. But once you get two to three levels out, it becomes virtually impossible to see how these connections work. In the real estate market, the need for larger spaces has dominated since the onset of the pandemic.

The lopsided nature of the recovery has meant the luxury space has surged the highest, but there is always a price limit beyond which the number of buyers start to drop off. What has been lost in the conversation has been the larger spaces in the mid-market space, ignored in the narrative because analysts (who act as the lens through which we see the marketplace) “batch make” their recommendations, lumping in all conclusions to the number of bedrooms, regardless of size or the quality of the building in place. Overlooked are also factors such as service fees (which have started to reduce, thereby increasing the attractiveness and affordability of these units), with the consequence that size – the single largest factor at the upper end – has not received any weightage in the current narrative.

There is some context to this shortcoming to be sure. The frenzy of building that resulted in the first property boom led to reducing apartment sizes such that developers could maximize profitability. The very few that went against the grain were rewarded (albeit belatedly) in the second upturn, but the results were clear – size was not a criteria as long as the market was dominated by investors. Analysts looked at this data and built algorithms that segmented the market into a quadrant reflecting horizontal (villas and townhouses) on one axis and mid-income and luxury on the other. The feverish activity that followed was then inevitably concentrated at the upper end, a phenomena that we have witnessed the world over.

However, in international markets, we started to see cracks appearing with this ‘data-driven’ approach when algorithms that dictated purchases by companies such as Zillow and Redfin started breaking down, resulting in the abandonment of this rather simplistic approach and losses being incurred. The key lesson was that data was not being analyzed in the proper context. Much as the earlier “oversupply” narrative proved to be incorrect, so too was this artificial segmentation of the marketplace proving to be erroneous. This year, as the effects of the pandemic continues to play itself out throughout the world economy, we will see other interconnections that are broken between input/output models. But the underlying first principles that govern key relationships will likely endure.

In the real estate marketplace, this will likely imply once again a reshuffling of the narrative output that analysts have long churned out, towards a more gradated and nuanced evaluation of factors such as size. In this sense, it is important to acknowledge that technology is not merely an aggregation of clever devices run by powerful software (as Heidegger posited), but rather a mechanism for revealing something fundamental about our existence. The essence of technology and data science therefore, is paradoxically nothing technological. What we have seen in the last year has been a realization that algorithmic decision-making in real estate (euphemistically referred to as proptech) have performed poorly at navigating and unpacking the rich textured reality of life and the interconnectedness of economic decision-making expressed through preferences.

Philosophers have been wrestling with these ideas for some time – but it is not the ideas that are interesting but rather how people interact with these ideas and implement them. In 2022, developers and investors will continue to recalibrate in Dubai towards a more end-user driven marketplace, but increasingly, this tilt will be driven by personalities who recognize the nuanced complexity in the human experience of larger spaces mixed with affordability and the desire for community.

Last year was when luxury real estate made the banner headlines. This year by contrast promises to herald the return of the larger sized mid-income approach driven by a bottoms up grassroots approach. For those who have been in Dubai for decades and have seen the waves of change throughout the city, it will be a return to first principles.