Dubai rents see record high and are rising faster than ever 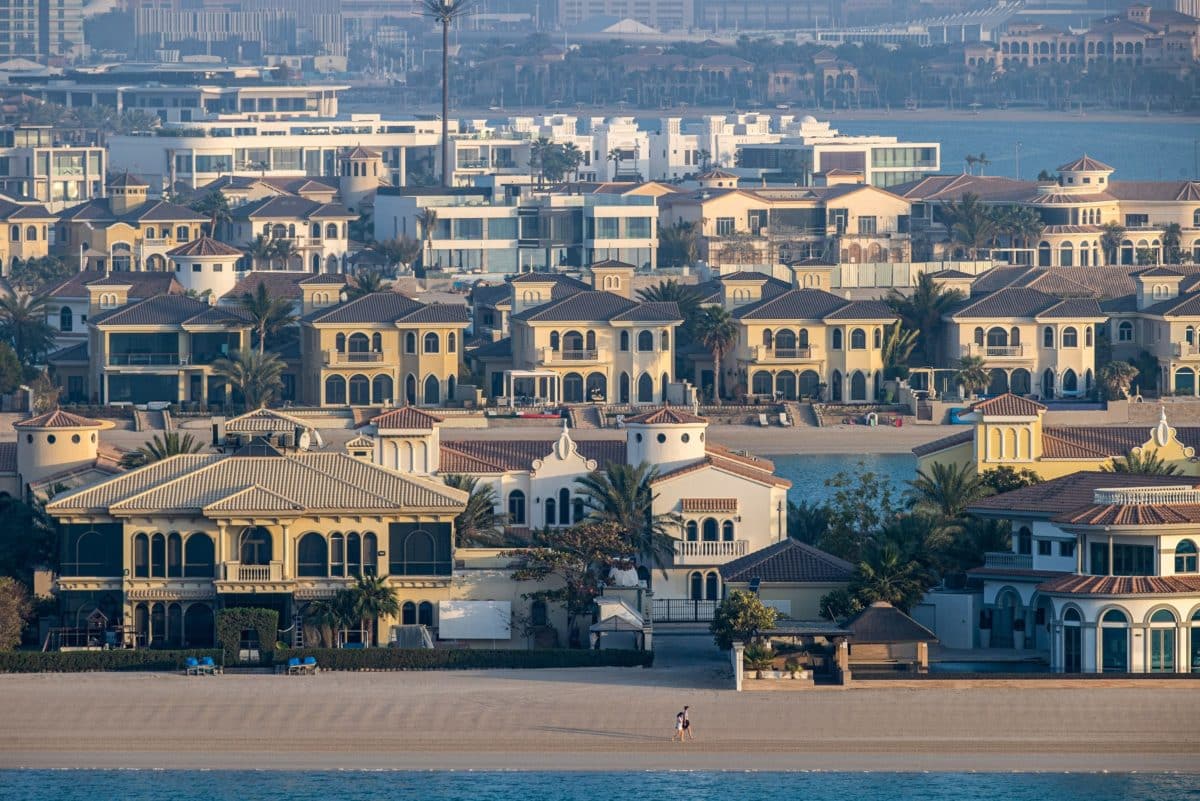 t’s not just Dubai’s luxury home sales that are soaring, rental prices are too.

The average annual rent for a villa, or family home, in the emirate reached 268,758 dirhams ($73,171) last month after prices jumped 26% in the year through September, according to real estate adviser CBRE Group Inc.

The surge in rental prices is being driven by a growing number of expatriate workers moving to the city, according to CBRE’s head of research Taimur Khan.

It is not just Dubai rents that are increasing, the average sale price for villas rose 14%, while apartment prices rose 9% through September, according to CBRE.

Across the city Dubai rents were increasing.

According to the CBRE Deira is the most affordable place to rent a villa, with an average rent of AED112,737, although this still represented a 3.5% increase. Upmarket Jumeirah, meanwhile, saw a climb of 4.8% (to AED500,635).

But CBRE warned that such rapid growth may impact Dubai’s attractiveness.

The rate of growth in certain typologies and neighborhoods may start to impact affordability in the city very significantly,” Khan said.

“This in turn may impact its competitiveness and lead a negative spill over into other sectors, particularly amidst a high cost of living and softer global economic backdrop.”

Demand to buy homes and rent in Dubai is booming as the government’s handling of the pandemic and its liberal visa policies attract more foreign buyers and residents.

The emirate’s real-estate market is benefitting from an influx of newcomers including bankers fleeing strict Covid restrictions in Asia, crypto investors and wealthy Russians escaping their sanctions-hit country after its invasion of Ukraine.

Rentals for apartments on the city’s man-made island, Palm Jumeirah, reached the highest level at 231,397 dirhams on average.

“Rates are rising at the fastest pace ever and that’s making the gulf between core areas and secondary areas much more pronounced,” CBRE’s Khan said.

“Some secondary areas are seeing occupancy levels of around 95%.”

The surge is pricing some out of prime areas. Sahar Samara, for instance, is moving her family out of their 4-bedroom apartment on the Palm Jumeirah to a villa 30-minutes away on the outskirts of town.

After being served an eviction notice, Samara scouted for a home in the neighborhood but found comparable properties listed for 475,000 dirhams — a 150% increase on her current rent.

“It’s exhausting with so much financial cost and emotional distress especially for the kids who will now be away from friends and will have a long ride to school,” she said.

Dubai rent prices may start to moderate by early next year, CBRE’s Khan said. Monthly increases are slowing, an indication that many renters are voting with their feet and moving to cheaper areas, he said.

Demand from buyers has also surged.

The number of home sales in the year through to September reached their highest level since 2009, CBRE said.