The Dubai’s real estate and properties transactions valued at Dhs4.5 billion in total during the week. The sum of transactions was 2,098.

The sum of the amount of mortgaged properties for the week was 955.1 million, with the highest being a land in Island 2, mortgaged for Dhs 158 million.

56 properties were granted between first-degree relatives worth Dhs 54 million.

Meanwhile, a leading property developer in the UAE, is organising a special sales day at the Sofitel Abu Dhabi Corniche on Sunday.

The event includes a special offer on all the company’s projects in Abu Dhabi and Dubai, including a 10% discount, while other terms include only 10% down payment, and 1% monthly installments.

The company is developing 12 projects in the UAE, providing about 6,000 housing units within the most important investment sites in Abu Dhabi and Dubai, in addition to a project that has been completed and delivered in Masdar City in Abu Dhabi.

Islam Ahmed Suleiman, CEO, Reportage Properties confirmed his company’s keenness to organise sales events, with more special offers and discounts on all their projects in Abu Dhabi and Dubai. The offers attract large segments of customers and meet the aspirations of buyers.

He explained that the real estate market in the UAE show a noticeable increase in the demand for buying real estate in all regions, in line with the events of ” Dubai Expo 2020″, in addition to the”50 projects” initiative .

Suleiman confirmed the progress of construction works on all their projects in Abu Dhabi and Dubai, pointing to the company’s keenness to implement the projects as in the time plans, which enhances investors’ confidence in the company’s business model as well as in the UAE real estate market. 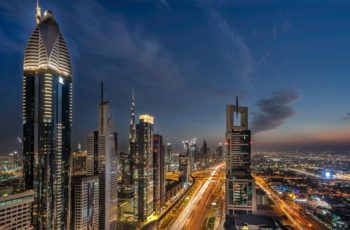 UAE’s stock market boom is made of real value, not meme