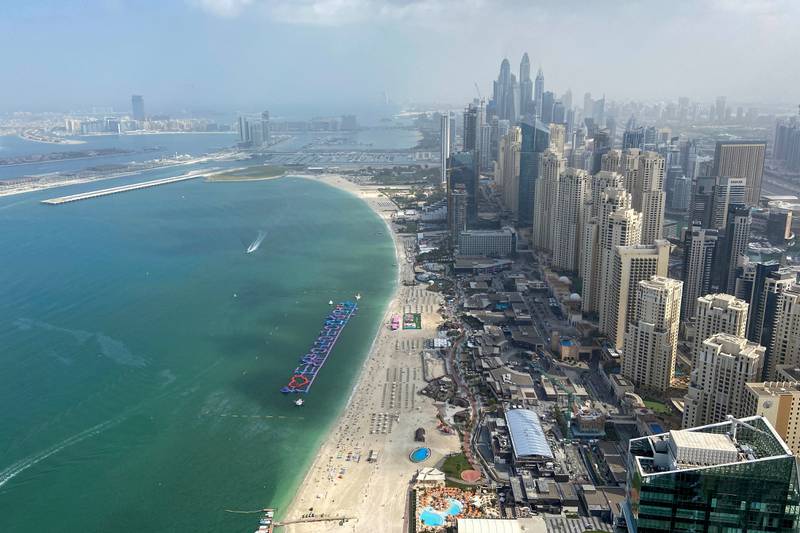 Dubai’s population has passed the 3.5 million mark amid a post-pandemic rise in migration.

Population growth is a major goal for the emirate’s government with a target of 5.8 million people by 2040, with a major physical expansion for the city planned.

That will bring significant demand for housing and schools.

Last week, the city’s private school population topped 300,000 for the first time after growing by more than 14,000 since the start of the academic year in September, 2021.

Population experts told The National that the growth would drive the need for new schools and hundreds of thousands of new homes in the next two decades. Many new arrivals are expected to be from Russia and Sub-Saharan Africa, in addition to traditional markets such as Europe and the Indian subcontinent, they predicted.

“We can expect education to increase,” Prof Philippe Fargues, director of the migration policy centre at the European University Institute, and co-editor of Migration from North Africa and the Middle East, told The National in January.

“And the labour market that is linked to rising levels of education – universities, high schools … That will continue to increase.”

‘Even Brexit was a factor’

Laura Stockwell, who runs a real estate agency, works with many newly arrived families and professionals.

She said the traditional summer turnover of families quitting the Emirates to move back to their home countries has declined significantly. In addition, a large number of expats from Europe and Asia continue to arrive.

“The city’s been open for business, Expo, tourism and importantly for parents there’s been consistent in-school education,” she said of the pandemic period.

“Throw in a Golden Visa or a remote working visa, and year round sunshine, and the city’s filled up.”

She said rental prices are rising significantly, albeit after a drop before and during the pandemic.

“With the war in Ukraine, and doom and gloom in much of Europe, the demand is going to remain high in Dubai.”

Harry Tregoning, who runs a property consultancy, said for some wealthier new arrivals even Brexit was a factor in moving to or spending more time in Dubai.

As a region, the Gulf saw a population dip of 4 per cent in 2020 as expats lost jobs or sent family members home while breadwinners stayed. In Dubai, the figure was 8.4 per cent, S&P Global Ratings said last year.

That appears to have rebounded significantly as the UAE reopened for business, with Saudi Arabia and Oman also seeing recent population rises.

World Population Review, which uses official data and expert analysis, places Abu Dhabi city’s population at 1.54 million as of 2022. It is projected to grow steadily to 1.85 million by 2035. That compares to 1 million in 2012.

The statistics centre records growth using residency visa data and other sources and counts all Emiratis and expat residents.

It previously said that in addition to the population, about a further one million are in the city on any working day, including commuters from Sharjah and other emirates, and including tourists at any given time.

In Dubai, city of skyscrapers, a company is building modular homes