Move part of Dubai’s efforts to enhance the efficiency of its alternative dispute resolution sector and reinforce its growing status as a global arbitration hub.

In his capacity as the Ruler of Dubai, Vice-President and Prime Minister of the UAE His Highness Sheikh Mohammed bin Rashid Al Maktoum has issued Decree No. (34) of 2021 on the DIAC.

The decree dissolves the Emirates Maritime Arbitration Centre and the Dubai International Financial Centre Arbitration Institute and merges their operations and assets into the DIAC, an autonomous non-profit institution that provides regional and international business communities with world-class arbitration services.

The new decree supports Dubai’s efforts to enhance the efficiency of its alternative dispute resolution sector and reinforce its growing status as a global arbitration hub. Pursuant to the decree, the ownership of real estate, assets, funds, staff, financial allocations and membership base of the two dissolved arbitration centres will be transferred to the DIAC.

Nimish Makvana, senior partner and board member at Crowe MAK, said the new entity — DIAC — is going to be game changer from global business houses and multinational companies’ perspective which eventually attracts more and more global organisations to have base in Dubai.

“This will attract the regional and international business communities to take benefit of world-class arbitration services,” he said.

In recent times, he said the initiatives taken by leaders such as 100 per cent ownership in mainland, offering citizenship to expatriates, golden visas, support to start-ups and extraordinary talents highlight the vision of rulers to attract and retain the best talent of the world to UAE.

“With setup of the DIAC, Dubai will emerge as a leading global centre for alternative dispute resolution,” said Makwana, who is also honorary director at UAE Chapter of The Institute of Directors (IOD), India.

Atik Munshi, managing partner at Enterprise House, said arbitration is one of the important methods of dispute resolution which is opted by corporates and individuals across the globe.

“A strong and robust arbitration centre provides an alternative way for resolutions of disputes between parties rather than going through litigation. With the revamp of the current arbitration jurisdiction, Dubai has provided confidence to investors and individuals by setting up an independent DAIC which is expected to be in line with reputed arbitration centres like London,” Munshi told Khaleej Times.

“Arbitration route is chosen for many contracts and agreements by parties for commercial and other matters as the decision and resolutions are faster; if Dubai is successful in offering a cost effective arbitration with enforcement than it is very likely that it can become a seat of arbitration for local as well as international dispute resolution,” he said.

Dubai Courts and DIFC Courts will continue to hear claims, applications and appeals related to any arbitration proceedings conducted in tribunals of the dissolved arbitration centres.

Decree No. (34) of 2021 replaces Decree No. (10) of 2004 relating to the establishment of the Dubai International Arbitration Centre and annuls any legislation that contradicts the provisions of the new Decree. The centre has been directed to comply with the new decree within six months of its effective date.

The newly issued decree also outlines the DIAC’s objectives, functions and organisational structure at three levels: the board of directors, an arbitration court to be formed in accordance with the new merged structure, and the administrative unit of the centre.

Establishment of an arbitration court

Further to the decree, the DIAC will establish a new arbitration court consisting of 13 members, including its president and vice-president. The new court’s members, who will have locally and internationally accredited arbitration expertise, will be appointed by decisions of the centre’s board of directors for a non-renewable term of four years.

Makwana said Dubai has become one of the most preferred business hubs with exceptional infrastructure and lifestyle with social security and the world class facilities in the city.

“The leadership of the UAE and in particular to Dubai has managed an unprecedented time of Covid-19 and offering the best healthcare facility to not only Emiratis but residents of the country as well as visitors and has become a preferred place to do business and live in Dubai, UAE,” Makvana told Khaleej Times. 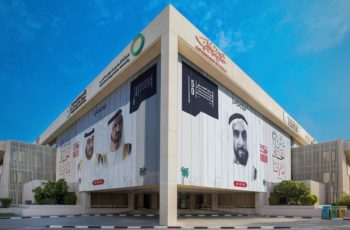 DEWA IPO: Retail investor interest for mega-IPO already at a peak ahead of Mar. 24 opening