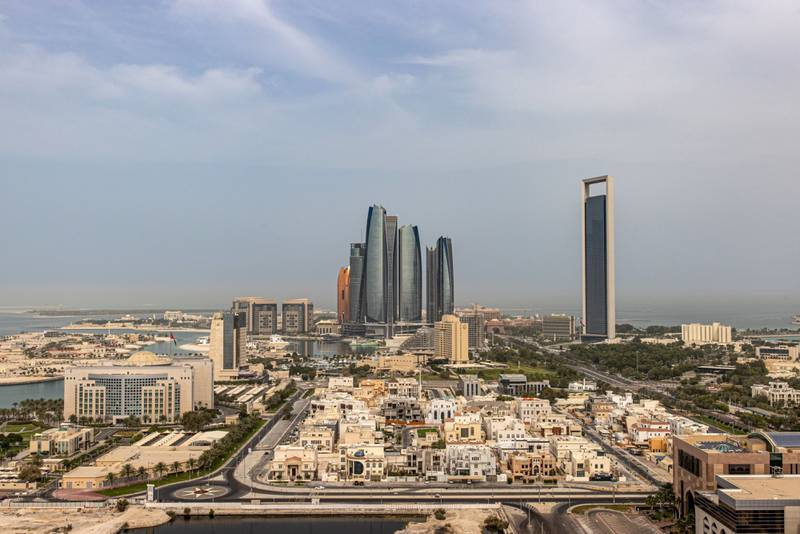 Jihad Azour, director of the Middle East and Central Asia Department at the IMF, told the Business Extra podcast last week that the current windfall from higher oil prices is “a precious one”.

For many, it is unexpected that we find ourselves in an era when oil prices average more than $100 a barrel so far this year when the lows of the pandemic in 2020 are still so fresh in the mind.

The conflict in Ukraine has resulted in a surge in prices amid concerns about supply. In April, both global benchmarks, Brent and the West Texas Intermediate, posted their fifth straight monthly gain. Since last year, the Opec+ group of producers has been steadily increasing output.

Thanks to higher oil production and prices, a mini economic boom in GCC countries is unfolding, with growth projected to be at higher levels this year than the IMF initially suggested. Saudi Arabia’s economy grew 9.6 per cent in the first quarter of 2022 to record the highest rate of growth in the past 10 years. Oman reported a 210 million Omani riyals ($546m) budget surplus at the end of February, compared with a 457m riyals deficit a year earlier.

Inflation is not expected to be as big an issue in the Gulf as it might be elsewhere. Also, a recovery in non-oil sectors is expected to continue at a healthy pace into next year, which will offset any potential slowdown in oil.

This positive trend builds on the momentum that began at the start of last year and accelerated in the second half. The scenario led the IMF to upgrade its outlook for this year for most of the countries in the GCC.

“I think it’s maybe important to understand how the recovery [from Covid-19] took shape last year. Policies that were introduced in terms of vaccination, in terms of adjusting the ecosystem … the various measures to support livelihood, and also lives, paid off,” Mr Azour said.

“Thanks to, for example, in the UAE, to Expo [2020 Dubai] as well as to improvements in certain legal frameworks like the labour law, like the various measures that attracted investors and labour, we see the economy, accelerating the recovery on the non-oil sector,” he said.

The increase in oil prices and output levels has amplified the recovery, he said. The IMF estimates the region’s oil exporters will have an additional $1 trillion in reserves over the next three or four years. “I think what is important going forward is to understand that this windfall is a very precious one, that needs to be well invested,” he added.

Mr Azour said those additional reserves need to be used to accelerate economic diversification, to further reduce the dependence on income from oil. The money should also be used to ensure the private sector can lead economic growth, he said.

In the UAE this month, for example, the expected auction of conventional dirham-denominated treasury bonds with a benchmark size of Dh1.5 billion ($400m) will support wider diversification efforts. The country’s banks, already reporting improved profits, will benefit from rising interest rates. Demand for property is also robust.

Equity markets have rallied and the MSCI GCC aggregate index recorded its biggest quarterly gain since 2009. And Emirates airline says it expects to return to 100 per cent of operations and network capacity in 2023 as demand for travel and tourism recovers.

In the GCC, there was a 7.7 per cent increase in job creation in the first quarter, as hiring picked up in the public, legal, banking, advisory, real estate and cloud sectors, according to recruitment specialist Cooper Fitch.

Overall, for the Gulf, the signs are positive despite uncertainty caused by the Ukraine war and inflationary pressures. So, it is crucial to avoid complacency and ensure the opportunity of this windfall is not missed. There are still many risks to the outlook, including the knock-on effects of a global economic slowdown should rising prices and the conflict persist. Also, China, the world’s second-largest economy and biggest crude importer, is grappling with a surge in coronavirus cases.

For the Gulf, to leverage this extraordinary period of growth, investment will need to continue in key areas such as the energy transformation, climate action, technology, as well as constantly improving education and healthcare services.

It is worth noting that in 2015 – only seven years ago – the IMF warned that Middle Eastern oil exporters would face a combined $1tn budget shortfall over five years, amid low crude prices. The current period of high prices and extra income is, therefore, “precious” indeed.

UAE can become a global economic centre of gravity