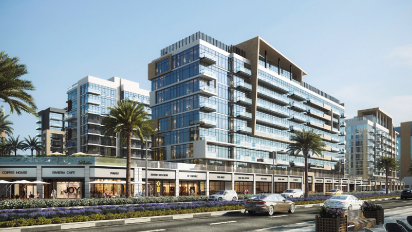 Azizi Developments, a leading private real estate developer in the UAE, has announced that it is set to release more than 150 retail units from its remaining stock across its projects in Dubai. The said projects comprise its flagship master-planned community Riviera, Creek Views in Dubai Healthcare City, and several buildings in Al Furjan.

Following the mantra of saving the best for last, the units, which were previously kept unreleased, make up some of Azizi’s finest, most ideally located and most ROI-inclined retail spaces in Dubai.

In his comments, Mr Farhad Azizi, CEO of Azizi Developments, said: “We are delighted to announce the release of an additional 150+ retail units across our most sought-after projects as our response to the increasing demand for prime retail space in the emirate, having already sold the initially released 600+. It fills us with great pride to know that our projects, strategically located in the most growth inclined parts of the city, form a substantial portion of the outstanding offerings that satiate this growing demand.”

Having added the 2.7km-long crystal lagoon to Riviera, its world-class master planned lifestyle community, Azizi is enriching the lives of its residents there immeasurably. This is very well reflected in the number of inquiries Azizi is receiving for – and sales volumes of – units that are adjacent to it. Not only its residential units are selling rapidly, but also its retail units, which, evidently, now hold a much higher potential for investors. Azizi’s overarching mission to build world-class, master planned communities that foster a true sense of belonging, offer growth-inclined ROIs and enhance lifestyles, is underpinned by initiatives such as its recently revealed stunning lagoon. “It is a win-win situation in which our investors and end-users benefit from recreational and convenience options, while commercial organisations will have a vibrant, lively atmosphere to successfully conduct businesses in”, Azizi added.

Azizi Developments’ construction has been progressing more rapidly than ever before in 2021, a momentum that the developer is upholding well in 2022. In the past year alone, Azizi has handed over thousands of units, including those of Aura in Jebel Ali, Mina on Palm Jumeirah, and Samia, Farishta, Shaista, Plaza and Star in Al Furjan.

Azizi’s retail units are embedded into its master-planned communities and residential developments, adding leisure, shopping and dining amenities, and creating social spaces with a strong potential for business profitability. The developer has taken several steps to ensure the appeal to – and success of – businesses that will occupy the spaces, such as through the provision of ample parking space, outstanding visibility due to large roads, wide walkways and substantial traffic, and easy connectivity to Dubai’s largest highways.

Azizi Developments’ Sales Gallery can be visited on the 13th floor of the Conrad Hotel on Sheikh Zayed Road.

Dubai Property of the Week: rare Marina villa on the market for Dh9 million