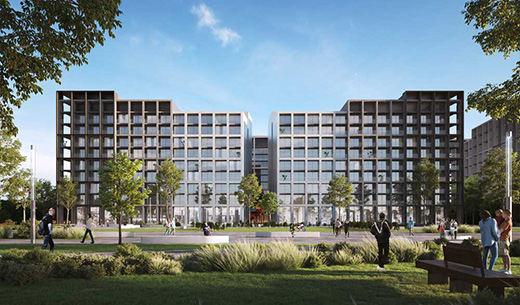 Arada has reported a 30 percent growth in the value of the property sold in the first six months of 2022, as buyer interest in the Sharjah and wider UAE property markets continues to grow.

The developer sold homes valued at AED1.49 billion at its two Sharjah megaprojects, Aljada and Masaar, thanks to ongoing demand for spacious, green integrated communities.

The first half results cap a particularly strong period for Arada, which also saw the award of credit ratings and the successful completion of the company’s first public financing deal, a $350 million sukuk issuance.

The results also come against the continuing strong performance of the Sharjah property market, which saw a 65 percent increase in the total value of property sold in 2021 to AED26.2 billion, compared to the previous year, according to data released by Sharjah Real Estate Registration Department.

Prince Khaled bin Alwaleed bin Talal, Vice Chairman of Arada, said, “Our performance in the first half of the year is proof once again of both the resilience of the Sharjah market, which continues to see steady and sustainable growth, and of the interest in our product. In particular, Arada is witnessing exceptional demand for well-designed homes, with great facilities and competitive pricing.”

Ahmed Alkhoshaibi, Group CEO of Arada, said, “These strong results put us firmly on track for our overall sales target of AED3 billion in property sold by the end of this year. As we look ahead to the second half of 2022, we have a strong pipeline of new launches, including our first Dubai project, which will help consolidate our sales further and achieve the ambitious targets we set for ourselves earlier this year.

“Right now, we are also focused heavily on construction, with nearly 6,500 homes currently being built across our communities, and we’re also on track to complete our target of 5,000 homes completed in 2022.”

During the first half, Arada launched the third phase of its woodland megaproject Masaar, after the AED8 billion Suyoh community’s first two phases sold out. The developer also awarded contracts valued at AED460 million to build the first phase of Masaar, and is currently putting the final touches to the first part of the project to be completed, the Masaar Experience Centre and surrounding precinct. The value of sales at Masaar rose by 49 percent to AED781 million, with a total of 331 homes purchased.

At Sharjah’s largest mixed-use community, Aljada, the launch of Nasaq District in February has witnessed encouraging buyer demand, while the first residential phase of the project, totalling 1,482 homes, was also completed. In total, Arada sold 980 homes at Aljada valued at AED709 million, a rise of 39 percent on the previous year.

The rise in sales for both master communities compensated for the absence of sales at Nasma Residences, Arada’s first community, which sold out last year. During the first half of 2022, Arada also completed the sixth and final phase at Nasma Residences, where all 1,117 homes have now been finished.