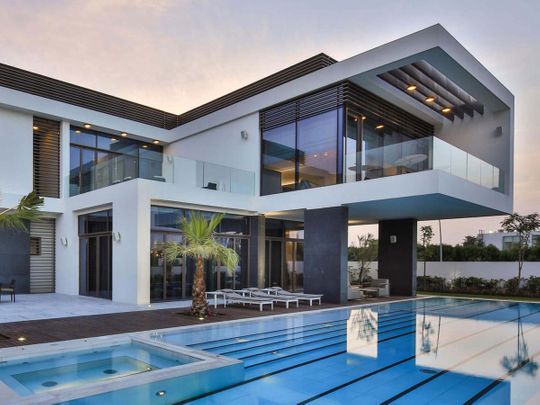 Dubai: The Dubai property market sure has got off to a good start to 2022, with a mansion at District One leased for a jaw-dropping Dh7 million. The identity of the resident has not been revealed, but he did receive a one-month rent free as part of the transaction.

Last year was all about Dubai’s villas, penthouses and plots fetching record sums on the sales side, with multiple deals in the Dh100 million range. But there were a few deals brokered for rentals, which too set records. (The biggest rental deal in Dubai last year was for Dh7.5 million, for an Emirates Hills villa.)

“The deal we are talking about is one of the largest rentals ever recorded in the Dubai Land Department system,” said Malik Aman, consultant at Ax Capital, who was the estate agent involved in the new District One deal. District One is part of the massive MBR City project, and where property value gains have rivalled those set by Palm villas.

District One has in the past also offered plots for investors to build their own bespoke mansions. Current sales listings show a seven-bedroom villa with a price tag of Dh110 million and an eight-bed one for Dh111 million. Serious money indeed.

The same is happening on the rental side. “During the last year, prices of both rental and sales have skyrocketed in District One. For example, five-bedroom villas were being rented at around Dh500,000 until the start of 2021, and now are between Dh1 million to Dh1.3 million.”

“The prices for villas at District One are up by 40-60 per cent last year alone.”

“This particular property was not in the market for rent,” said Malik. “Actually, the one owner was looking to sell it for the last three months. Then we had this prospective tenant enquiring about another villa in District One. During the viewing of the that villa, he shared details of what he was actually looking for.

“He was very specific about his requirements. When I researched the District One cluster, there was not one such house for rent. But there one was that was up for sale. I shared the info with this tenant, structured an offer, and presented the offer to the owner of the villa. It was then converted into a lease deal and that’s that how it ended up.”

Many of the deals for top-of-the-range luxury properties in Dubai last years were for newcomers to the city. This one, however, was for an existing resident who wanted to upgrade. And he sure did that with a Dh7 million mansion rental.