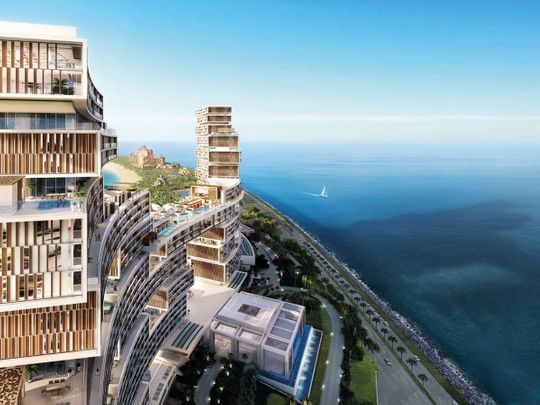 Dubai: A five-bedroom apartment in Dubai recently sold for Dh163 million, becoming one of the most expensive property deals in the emirate. The 22,614 sqft apartment is located at the Royal Atlantis Residence in Palm Jumeirah.

The Business Bay area saw the best performance in August, with ready apartments clocking 435 deals for a total of Dh670 million, while ‘on the map’ apartments sold for a combined Dh1 billion over 647 transactions, FAM Properties said.

Overall, Dubai recorded more than 9,450 deals in August, with sales increasing by more than 65 per cent as compared to the previous month, with a total value of nearly Dh24 billion.

“The month of August can be considered as the best performing time of the year 2022, the best over years. It ranks second in performance criteria after the unmatched successes recorded in March 2010 with 9,650 deals. The average real estate price per square foot has now fully recovered after the contraction that was experienced during the Covid-19 pandemic in 2020. It is a positive indicator for all types of ready-made and off-plan properties as the average price of off-plan real estate also rose in August to cross Dh1.6 million,” FAM Properties CEO Firas Al-Msaddi said.

Looking at villas, ‘on the map’ properties at Damac Lagoons sold for Dh1.9 billion in 695 deals, while ready accommodations at Akoya Oxygen sold for Dh235 million over 184 transactions.

Dubai property of the week: Dh37m Burj Khalifa-view penthouse with a garden in the sky